Sieges are a very important part of any online game. Black Desert is not an exception. Sieges are huge and spectacular here. Many people are fighting between each other to capture a castle and take ownership of the territory around it.

Important: There are 2 types of sieges: castle sieges and territory sieges. Both types have different mechanics and offer players different rewards. This guide is about castles.

Each region in Black Desert has a castle. It is usually situated near the capital city: Calpheon, Mediya and Valencia. All castles in the game are unique: they have different appearance, design, map, weaknesses and strengths. This makes the game very interesting. 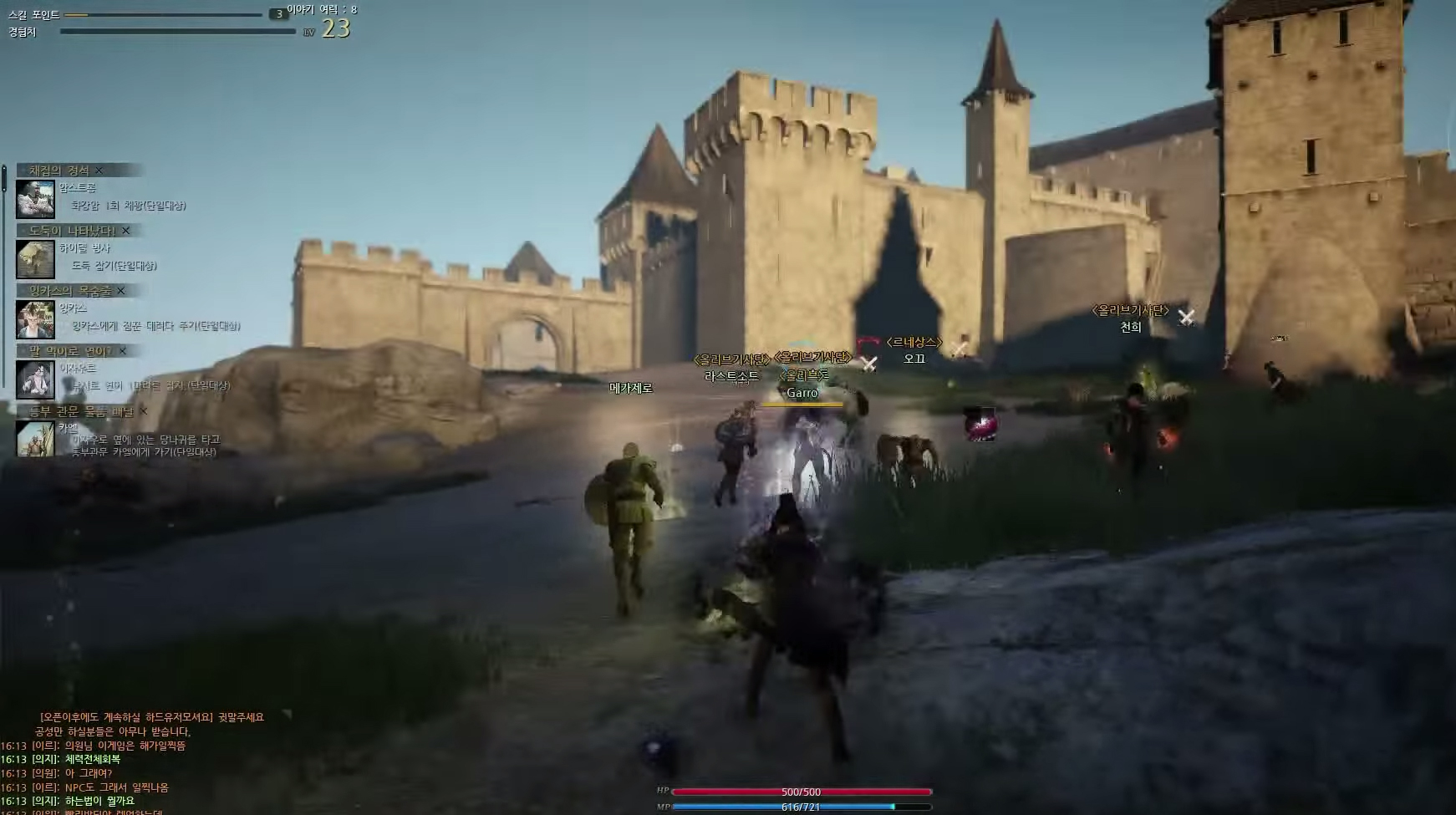 All castles are very big! They look very similar to what you can see in real life. The walls are high and long. Towers are tall. It’s very pleasant to attack and defend such amazing building. You feel like you are medieval warrior.

Each castle is protected with 2 big gates: inner and outer. Attackers have to crush both gates with their swords or with cannons and destroy camp of defenders inside.

All sieges are held according to special schedule and can last up to 3 days. If the siege is not finished after 3 days it will be moved to another date.

Any player can participate in these events, meaning you don’t need to be a member of a group or guild to fight and have fun. But only guild can win and get ownership of the castle.

Karma system is switched off on the territory where siege takes place. You can kill other players without getting karma pints. But penalties for death are still active: if your karma is negative you can lose some of your items and weapon upgrades. You also lose a small part of the experience you have previously earned.

All attackers will be automatically teleported to the nearest town before the siege starts. All defenders will be teleported into their castle.

Guilds have to prepare before they will be allowed to attack. The most important step is building a siege camp. 3 different guilds have to place at least 3 siege camps on the territory near the castle. These camps allow players to recover there after death, so it's very important to protect them.

Attackers must pay attention to choosing a proper place for camps. If the camp is destroyed, guild members will have to recover in the nearest town and run or ride to the castle. It will decrease power of the guild a lot. Though the city is situated not far, it will take time anyway.

A guild must pay attention to defending their camp: it’s possible to place special traps that stun, snare or damage enemies.

Blueprint of the camp can be obtained by completing special quests. It can’t be purchased.

After you got the blueprint, you need to set up the camp not far from the castle. The mechanics of building a camp is similar to crafting: you need to use labor of your workers. If you want to find out more about workers read our Complete Crafting Guide. You will also have to spend resources. All resources must be located in the city near the castle. Any player from the guild can take part in building the camp.

Camp is a very important object. Castle owners also have their camp inside. They also recover after death there. The core goal of attackers is to destroy the camp inside a castle and save their own. The siege will be finished if this goal is reached. Camp of attackers will be moved inside the castle and they become new bosses there.

Sieges are not just big PvP fights where you can have a lot of fun. Castle owners control the city and all territory around it and can set up special taxes: from 0 up to 5%. This tax is paid by territory owners. Castle owners also receive tax from all commercial operations and NPCs traders.

Both sides can use siege weaponry. Only crafters can create different weapons and machines for sieges. You can’t purchase them from vendors.

Artillery is one of the most useful weapon types because each shot of the cannon deals sufficient damage to enemies. Cannons will help to destroy enemies on the walls, or protect bridges and gates from the walls. There are a lot of different situations when artillery will help you. 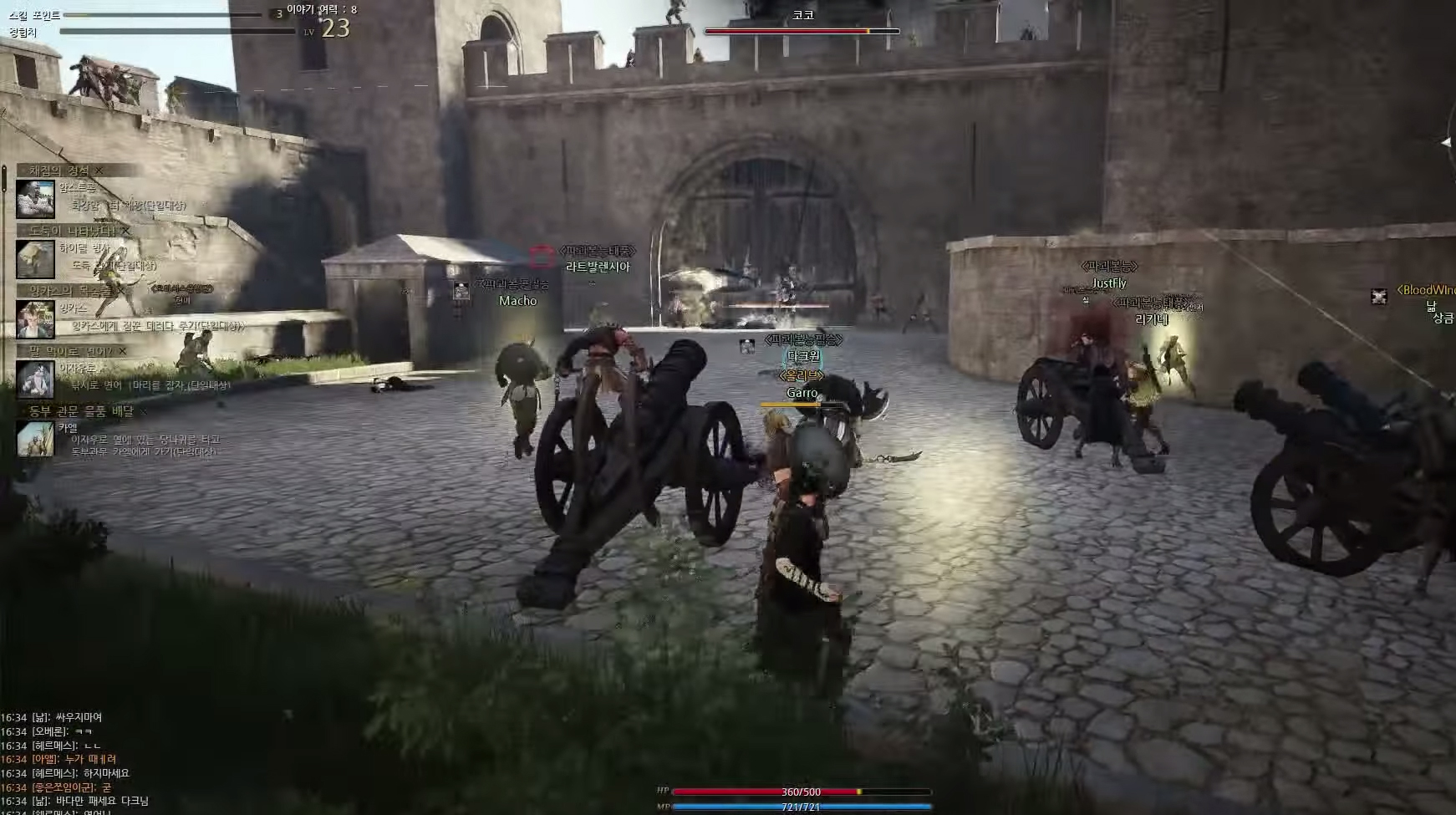 The greatest thing about cannons is that they can be used by low level players without any penalties. Even low level members of your guild can help a lot if you give them cannons.