Author: Razor / In Guides
In all MMO games player has to create his character before he starts playing. For many players this process is very important and they pay a lot of attention to the appearance of the hero. No wonder, you will have to spend a lot of hours looking at his model. Your character will represent you in the game world. That’s why many players spend a lot of time creating unique appearance for their heroes.

Different games offer different interfaces for customizing characters but Black Desert Online offers one of the best character creation systems! We believe you have never seen such system in other MMO games. It allows to tweak almost everything. There are so many parameters and options!

What’s so special in this system, you may ask? Well first of all the amount of all available variants. It looks like you will never see same characters in the world. There are so many different options and possibilities.

The first choice during the creation process is the class choice. A player has to select a class he will be playing. We have a huge article about classes, but to make it simple: classes are gender and race locked and some don’t have male or female version. Class determines your skills, attacks, weapon and armor. It’s a very important choice in Black Desert because you will not be able to respect / change it later.

Yes guys, it’s a very important choice, probably the most important. Your class determines all future gameplay, your role in a group and can’t be changed. Developers decided to use such class system and not all players will like it. Anyway, you need to select your class and go further.

This is where all the magic starts. Appearance customization is very deep. Black Desert allows player to customize almost any part of character’s body and face. You can customize hair style and hair shape, face, body, arms and legs. It’s possible to create a very attractive or scary model. Everything is up to you.

Character Creation system in Black Desert differs from what you can see in other MMO games. If you have played other online games you know that traditional system of creating a character is based on tweaking different sliders. But Black Desert uses other system: the game has special 3D Editor. This editor allows customizing almost any parameter of the character’s model. The system is very interactive and is very easy to use.

Like any other MMO game Black Desert allows player to choose hairstyle. But there is one unique feature: you can change this style with special tools making hair longer / shorter, changing overall shape and width. You can make hair shape symmetric at both sides or make one side different from the other. This system allows almost everything.

It’s also possible to change hair color. But unlike other games where hair can be colored with only one color, Black desert allows to apply several colors. For example top part can be black and bottom part can be dark-blue.
Here is how the hair editor looks in the game: 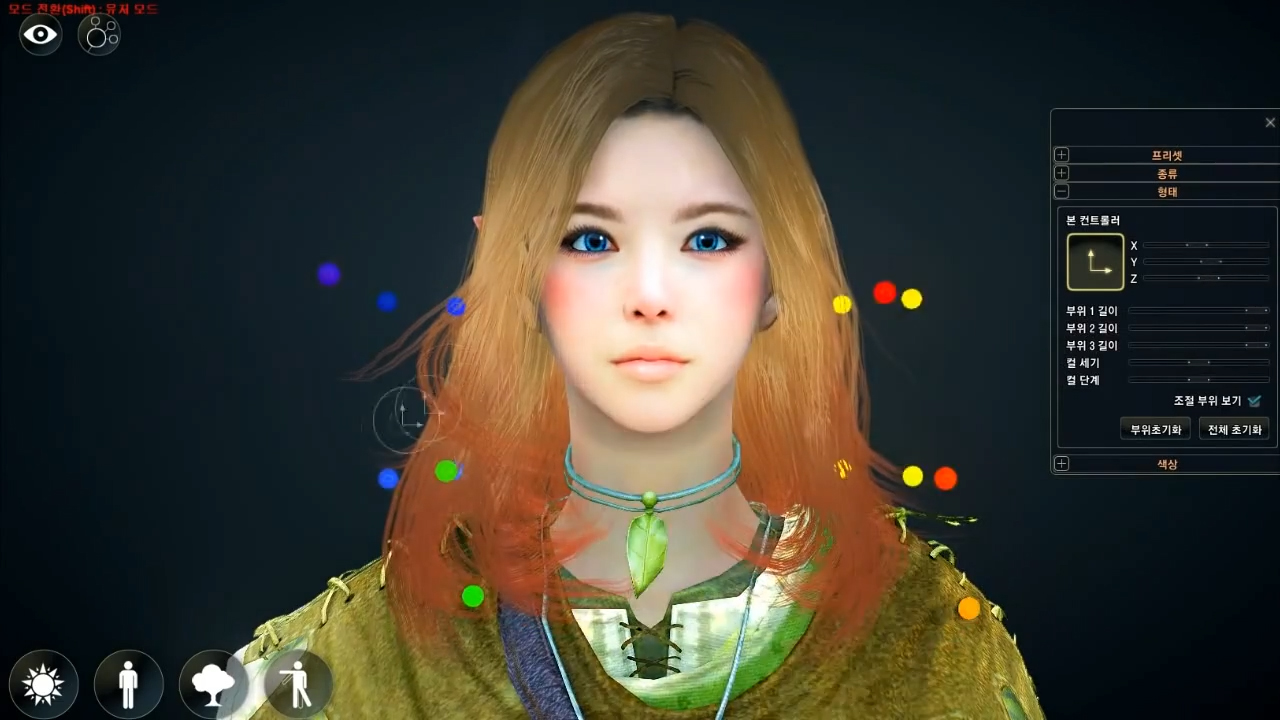 Face editor works similar to hair editor in general. A face is divided into many different areas and each area can be customized separately. You just need to activate the area you want to tweak and you will see the options. 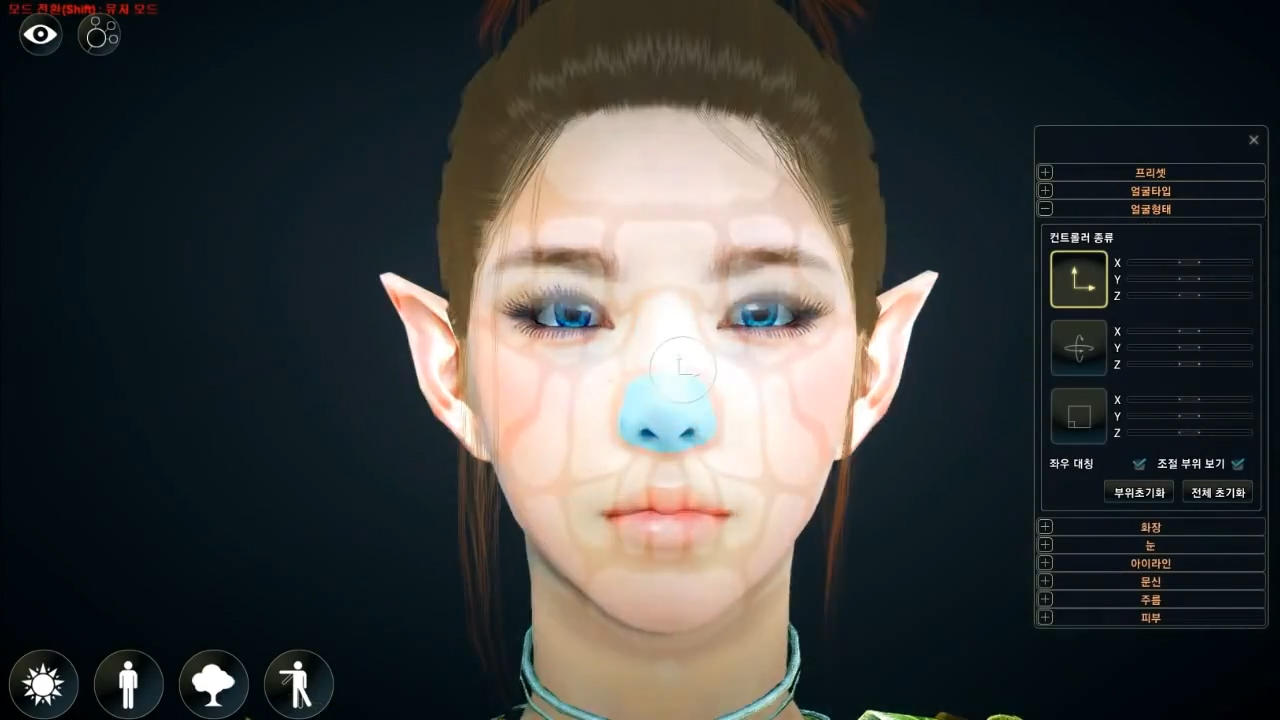 You can change parameters of almost all head and face parts. We believe that if you have enough time you can even create a face looking very similar to yours.
You can even choose color and style of the apples of eyes :) There are also many traditional options: it’s possible to change color of the skin, facial hair for male heroes and so on.

Most online games allow to choose body style from several pre-set models. But Black Desert allows customizing almost every part of the body. Body is divided into many separate parts and each part can be tweaked separately. You can change the length and thickness of legs, arms and body. It’s possible to create a lot of different body models.

In most MMO games tattoos can be placed on a specific part of the body. But Black desert allows you to place the tattoo anywhere! You want the tattoo to be on your face or to occupy a half of the body? Not a problem – everything is possible. You can rotate and change size and color of the tattoo. It can be small or big and you can choose any location for it. 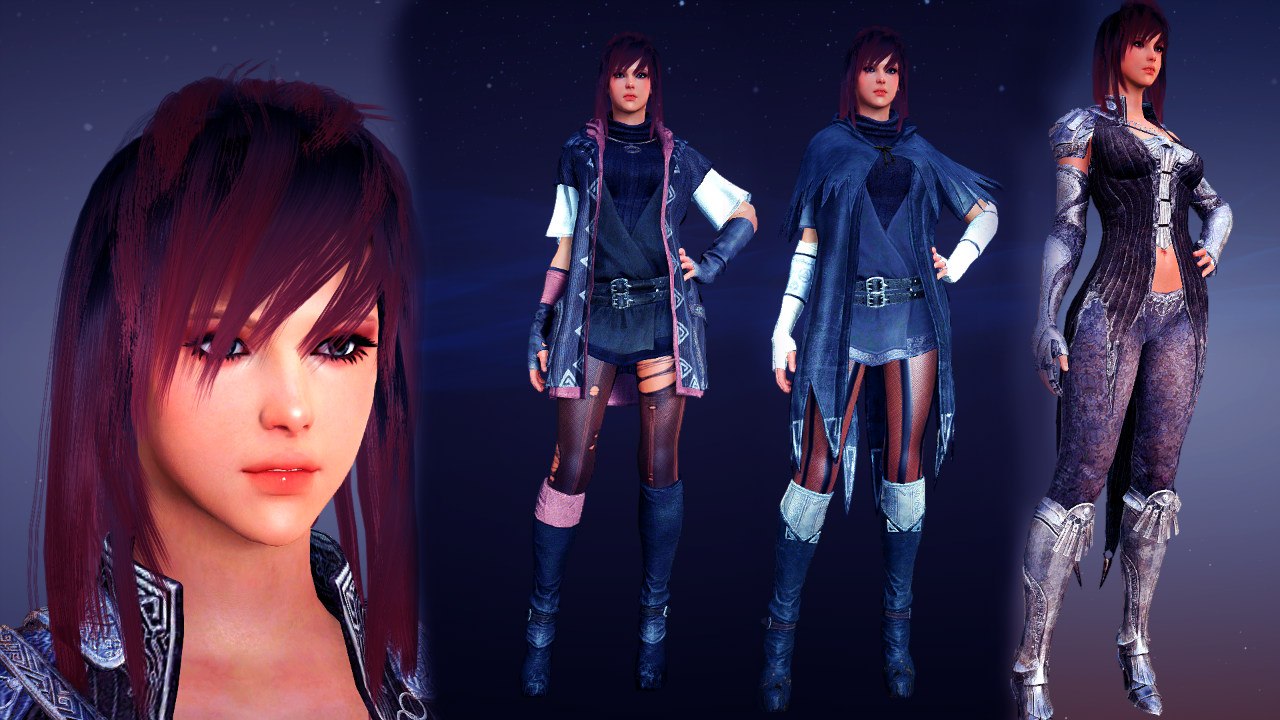