Author: Razor / In Lore Library
First human settlements appear in the eastern part of Black Desert in the beginning of the last millennium. These people were called Children of Desert. We don’t know where they came from.

Their ancient legends tell about their salvation and about their ancestors’ home. They lived in Selenaera, mythical continent located on the west of Black Desert. They had to escape from their home because of great fire that killed most of them. Only a small group could survive. They became the ancestors of Children of Desert.

The great fire forced them to escape and there was only one way. This way led them to a huge desert where they had to travel for about 300 years. It was a very difficult challenge and when they finally found a good place for living all their knowledge was lost.

They found a beautiful place with 2 huge rivers and decided to stay. A great city Valencia appeared a little bit later. This city is one of the largest in eastern part of the Great Continent right now.

Valencia is separated from other territories by a huge desert, but two big rivers make territory of this province great for raising crops. New settlers build a system of irrigation canals and made this territory great for living and farming. 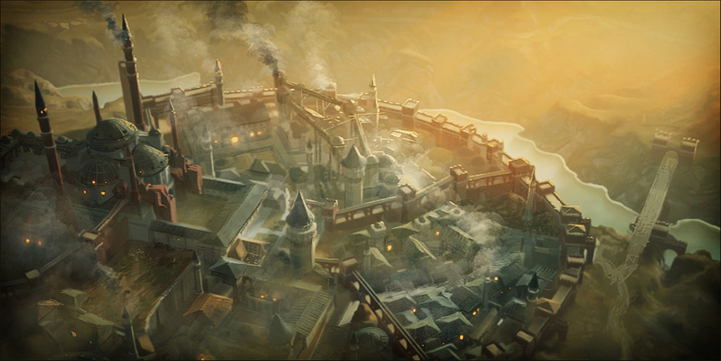 Handicrafts, science, literature, and other arts started to progress after the city started to grow. The first hieroglyphic alphabet and hieroglyphic writing was created in Valencia. This writing became the core writing system for all inhabitants of the Great Continent.

Scientists of Valencia created first calendar, celestial map and could progress in alchemy a lot. They found a way to process black crystals that can be found in a desert around the city. Alchemists also put a lot of time creating a special gem that can take energy from ether.
← Calpheon Mediya →